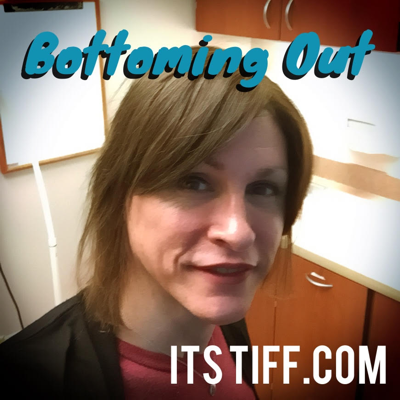 I have been working on this post for months. Something always gets in the way of posting it or finishing it for that matter. The short and the long of it is that I am two weeks away from bottom surgery which is scheduled for February 4th. To say I’m excited is an understatement! The journey from initial consultation to surgery date was very long and arduous requiring a lot of tenacity and patience. I admit that when I hit a slow-down it would throw me into a depressive state for a few days until I could gather my thoughts and reformulate my plan of attack.

My path to gender confirmation, or affirmation, surgery began last April. I had a consultation with a plastic surgeon in Madison, Wisconsin, not far from where I live. The surgeon, who is with our state university, specializes in gender confirmation surgeries. I posted about that consultation in the entry: My Surgery Consultation. Please feel free to read it but be forewarned that I illustrate some graphic details as it pertains to these surgeries.

In the months since that consultation I discovered the path and tasks required to qualify for the surgery and knocked off each one. The first step was to get my 2 letters of recommendation from mental health assessments, which are required for genital surgery. These were submitted to my insurance provider by the surgeon for determining coverage. Incidentally, I had made a call earlier in the year to my insurance to confirm that not only was gender confirmation surgery covered but also that my surgeon was in my network, and both were.

My insurance replied within a week and denied coverage for the surgeries claiming that my surgeon was in fact not in my plan, but I did find them in my network on my insurer’s website. I’ve worked with both the surgeon’s office and my insurer to correct tax ID and billing codes, but it required patience and persistence. Eventually they confirmed coverage of bottom surgery but not top surgery. My insurance plan does not cover top surgery or breast augmentation for mtf transgender clients. I will be working toward that in a few months, but for now I want to talk a little bit about the emotional side of this journey.

You know, I never started this journey because I chose to be transgender. Noone who is transgender chooses to be. This is a tough road even with support. I consider myself a mentally healthy adult who has had to live for just about 35 years with a insidious, slowly degrading health condition that has reduced my quality of life and continues to degrade. Choosing to undergo facial surgery and now genital surgery places me at greater risk for complications. Starting hormones was a risk that proved bad and left me with permanent damage, but I’m still persisting. And why? Because I have the chance to be happy within my mind and body. Who doesn’t want that? We all deserve it.

When I first came out as transgender I referred to the “Unhappy Person” that I was living as Tom. I received a few messages through social media chastising me for that. It’s pretty unfair calling me out for that. Just because someone doesn’t appear to be hurting on the outside doesn’t mean that they are OK on the inside. If we could identify anyone hurting inside we could possibly reduce or prevent depression and maybe suicides.

I may not have exhibited any outward characteristics of being sad but I also didn’t know I was transgender. For many people who discover that they are transgender, once in therapy the gender dysphoria and questioning only becomes more intense. So too does the doubt. Doubt that maybe we aren’t transgender.

I’ve made a lot of progress in becoming my authentic self. I have an amazing support team that includes a lot of you who are reading this. Thank you for that. For all of the forms it has manifested including becoming a more understanding person for others that you may encounter in a similar situation as mine. As I get older I care less about what people think of me, especially the haters. There are a great number of people that feel the need to weigh in on choices such as mine and attempt to cite a multitude of reasons why they feel it is wrong from religion to incorrect biology. But why does it matter so much to them to try and exert that power on someone else? My hope is that one day they will see that encouraging and supporting someone is far more rewarding than repressing and scaring them.

To quote a young transgender boy named Kaysen, “It shouldn’t be scary to be who you are”

Back to my path toward surgery….

On October 17th, I finally received confirmation from my insurance company that they would cover my bottom surgery, but it wasn’t until December 7th that I booked my actual surgery date. At times I thought it would never happen and was bracing myself for another round of submitting paperwork. So much stress was alleviated by finally having that date booked. I was now able to move forward on the many other tasks toward the surgery date like filing paperwork with my employer for an extended leave of absence. They have been so accommodating during this entire transition.

So now, two weeks from surgery, I have everything in place. I would to post daily updates if I can. I really don’t know what my mental or physical state will be but I want to share this experience for other trans-women, family members or transgender persons, and trans-allies. I will be taking video as well but it may be a while before I post any of that.

Thank you to all for your continued support on my journey. I so greatly appreciate it!