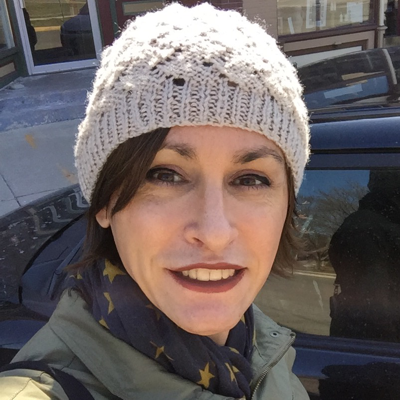 A couple of days ago my friend Claire asked me, “Do you have any Tom clothes that you still love to wear?”

The simple answer is no.

But it’s more than that.

I lived as Tom to the outside world and Tiff to a few close friends for decades. I’ve had two dressers full of two sets of clothes. I think I had way more pairs of shoes for Tiffany than I ever had as Tom. So really, I had been living two lives for a very long time. But, there aren’t any ‘male’ clothes that I wore as a male that I still wear. There are a few unisex clothes that I still have, a few costume pieces, but I’ve longed to wear what I now wear on a daily basis for so long that I feel in a way that I’m making up for lost time.

Some people don’t like the split between male and female attire. And while I think it’s true that there are way more choices for clothing as a woman, I personally like the difference between make and female clothing. I don’t know if this is because of having to wear male clothes for most of my life. For me, a skirt or dress, tights, and heels or boots is a way more comfortable outfit physically as well as mentally than jeans and a shirt. It “feels” right. That’s just the kind of girl I am. There are plenty of women that don’t like wearing makeup, or heels, or pantyhose, or skinny leg jeans. It’s all preference. It’s that diversity that makes us great.

Something that I hadn’t anticipated from my transition was the change in my likes and dislikes. My therapist explained it like this. She said that often when a person transitions later in life, they’ve had to live with two personalities, two lives, two wardrobes, etc., for so long that it’s like they are two different people. And once they transition, there are things that as the previous version of themselves they no longer can or want to mentally do. I ran into this at work about a year ago. I was having an extremely difficult time transitioning but still walking in my old shoes and path. Once I was able to talk this over with my employers and therapist, and I understood what was happening, I think it helped ease things quite a bit.

I’ve been embracing my changes, both physical and mental. I used to drink coffee black. Now I like it with creamer and sweetener. I used to be more introverted, but now I am more interested in being social. I’m more interested in what other people think and how they feel. I’ve noticed that my decorating style is different as well. I was very much into the Pottery Barn look, lots of leather and dark wood. Now I’m really into ‘shabby chic’, fluffy blankets, more color, less Mission style and more mid-century modern. These may not be gender specific, but they are different for me, compared to what I used to like.

Recently I found a solution to a potential dilemma I thought I had. I have items from growing up, key things or moments that I really can’t see parting with; childhood report cards, high school awards, year books…  So, I found myself an old metal document box. I’ve started to collect those things in the box. I lived so long, more than half of my life, with Tiffany compartmentalized inside myself. I can’t just discard Tom. So my solution is that I’m keeping a little compartment of him around.

I am now 48, and I have some friends that I’ve known most of my life. Some friends have asked how I would prefer that they reference the times and memories of Tom from before I started to transition and live as Tiffany. I rather like to think of it like the British sci-fi TV show Dr. Who. For those of you unfamiliar with the intricacies of the show, the main character is a man, The Doctor, who is from a distant planet, and he can regenerate his body when it gets damaged. It solves the problem of longevity for the show by allowing many actors to portray this same character over the length of the series which started in 1963. Interestingly enough, the current regeneration of The Doctor is a woman.

I’ve told people to think of my former life as Tom like a previous incarnation of Dr. Who. And that now I’ve regenerated into Tiffany, I can’t ignore or rewrite everything that happened before, and I don’t want to. My entire life has lead up to my awakening. Much of what ‘was’ is still part of me. My wife, my friends, my family…. Every step has led me to this point.

October 17th, 2017 is the day that I had my legal name change. I get teary eyed thinking about it. In the courtroom that day it was just four people: the judge, the court stenographer, the court clerk, and me. My wife couldn’t make it because she flew out of the country that morning. After the very sterile and legal nature of the preceding was over, the judge said “It’s such an unremarkable legal process for such a momentous event.” She congratulated me and I cried. It was such an important event for my journey to who I want and need to be.

I took my former first name, ‘Thomas,’ as my new last name. To the first nations Lakota people, a transgender person or winkte  is considered to be ‘two-spirited’ because they are “two genders residing within one person,” and my birth name Thomas in Aramaic means ‘twin’. I thought that being two-spirited, and christened Thomas at birth, to be significant. I like to think that Tiffany and Tom are the twins: The Two-Spirited Twins.